A boy in the Pedro Cubas river.

Pedro Cubas is one of many quilombos that is taking part in the Movement of People Affected by Dams (Movimento dos Atingidos por Barragens, MAB) who are in active resistance against new dams in the region. The quilombo sits on the small river also called Pedro Cubas.

Quilombos are remote hinterland settlements in Brazil set up by escaped slaves of African origin. Though most of them were destroyed by slave owners and the Brazilian state, today there are around 5,000 recognised quilombos in Brazil. Slavery was legal in Brazil for four centuries and some five million slaves were brought to Brazil, most of them from the Angola area. Today the largest population of people of African descent in the world, with the exception of Nigeria, is Brazil.

When the owner of the Caiacanga farm died in the 18th century, the slaves he owned disappeared and hid in the forest, one of them was Gregorio Marinho who established the Pedro Cubas quilombo with other escaped slaves from farms and the gold mines in the region.

Like many quilombos, it is remote. For centuries, rivers were the main means of transport, so the closer a quilombo community was to a large river, the greater the likelihood of being discovered and destroyed. The 5000 quilombos that survived are mainly in hinterlands and access can be difficult. To reach Pedro Cubas the river to cross on the only way in is using a ferry that is operated without an engine, using only the flow of the river.

The lands of Pedro Cubas were partially titled in 2003 by the government of the State of São Paulo. But, despite the decree, non-quilombola occupants remain in the area. 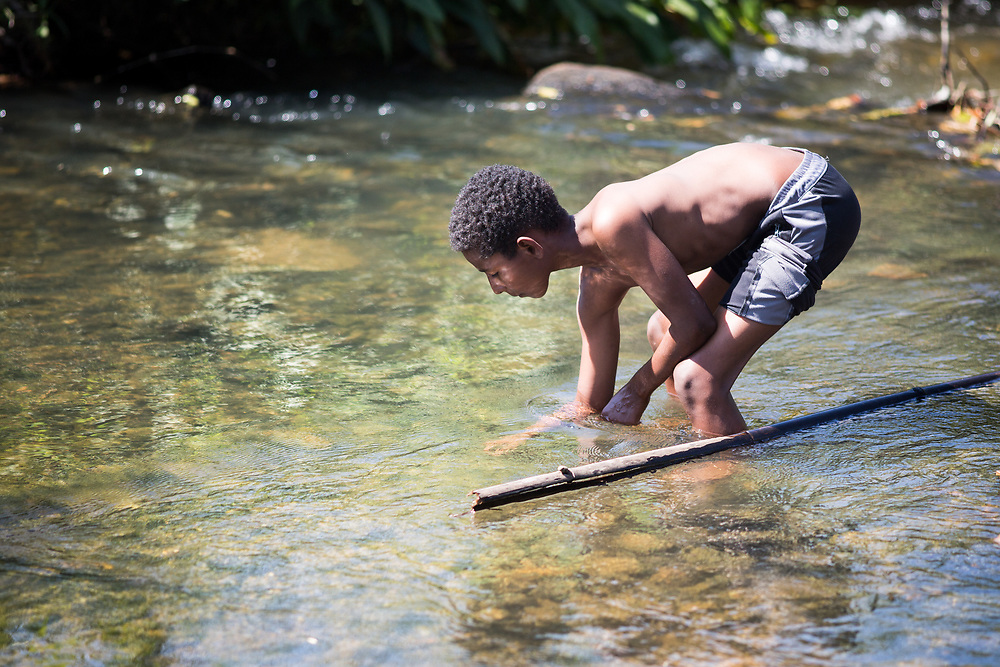