War's small victim: A young boy is comforted by his mother in a feeding center for malnourished children in the Aradib Camp for internally displaced persons outside the village of Goz Amer, Chad. Some 28,000 people live in precarious conditions in this camp. More than 180,000 residents of eastern Chad have been displaced by violence spilling over from neighboring Darfur, inter-ethnic conflict, and fighting between rebels and the Chadian government. 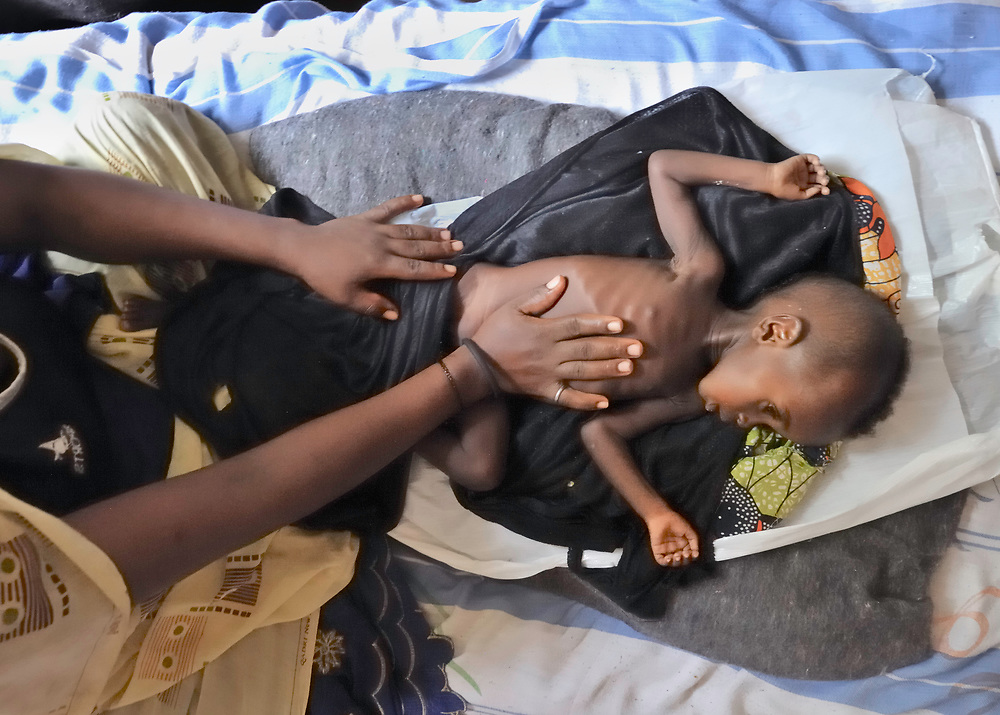