Midwife Alice Jennifer examines Aneyma Ayate in the Global Refuge International Clinic at Odoubu in the Rhino Refugee Camp in northern Uganda. As of April 2017, the camp held almost 87,000 refugees from South Sudan, and more people were arriving daily. About 1.8 million people have fled South Sudan since civil war broke out there at the end of 2013. About 900,000 have sought refuge in Uganda.

The clinic receives support from the Global Health Program of The United Methodist Church. 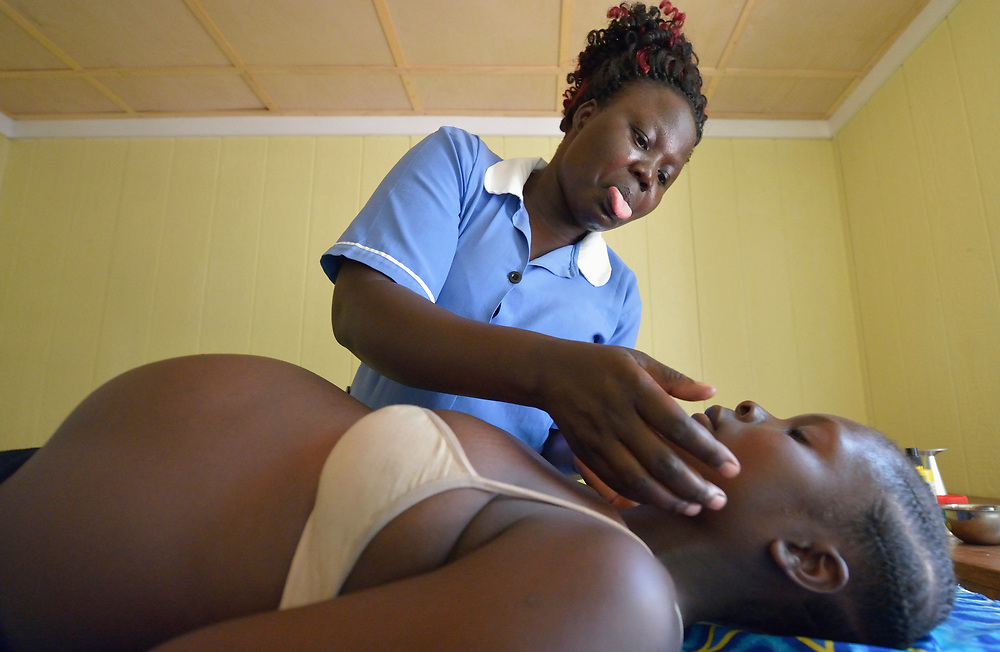