29 August 2022, Karlsruhe, Germany: The Rev. Dr. Jerry Pillay speaks to the Ecumenical Disability Advocates Network during a gathering on the eve of the World Council of Churches' 11th Assembly in Karlsruhe. A sign language interpreter can be seen in the background.

Pillay was recently elected as the WCC's general secretary, the ninth person elected to head the ecumenical body since its founding in 1948. He takes office later in 2022.

The WCC Assembly takes place August 31 to September 8 under the theme "Christ's Love Moves the World to Reconciliation and Unity." 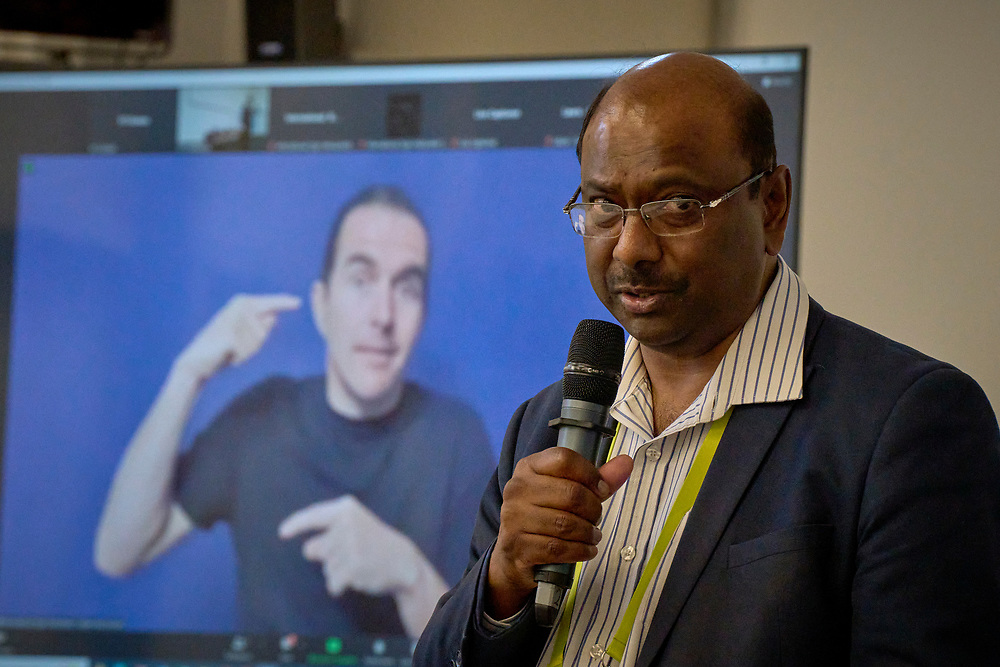