People line up jerry cans before dawn in the Rhino Refugee Camp in northern Uganda. As of April 2017, the camp held almost 87,000 refugees from South Sudan, and more people were arriving daily. About 1.8 million people have fled South Sudan since civil war broke out there at the end of 2013. About 900,000 have sought refuge in Uganda.

Because water pumps in the camp are solar-powered, water can only be obtained during daylight hours. Refugees will therefore line up their jerry cans overnight in order to be among the first to get water in the morning. 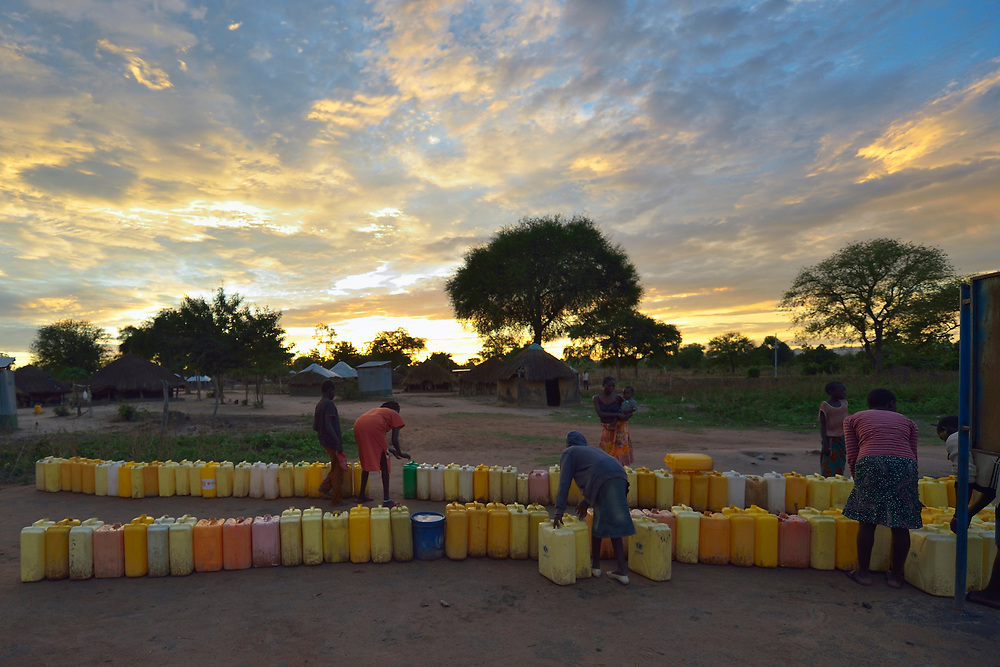