His daughter M’Mah was one of the lucky ones. As soon as she started showing symptoms of the deadly disease, her father made sure that she was taken straight to hospital where early treatment helped save her life.

Surrounded by multiple generations of his large family at their home in the district of Dixinn Port, Conakry, Sylla tells how the family was shunned by their own community when Ebola struck his family.

“Before the Ebola outbreak, everyone talked to one another here. Then suddenly we weren’t even allowed to leave our house,” he said.

People stopped using the well in the open area in front of their home for fear of contamination and the children were forbidden to step out past the boundary of their front courtyard where they were used to playing.

M’Mah was not living in the family house when she got sick, but her brother Aboubacar was the one who went to her house where she was living with her husband and took her to the Ebola treatment centre in Nongo.

“Everyone was so scared of Ebola but I couldn’t just abandon my sister. She would have died,” he said, telling how his decision to ride in the ambulance with her caused division within the family.

Since then, even though he never got sick, Aboubacar has suffered stigma from his contact with Ebola and has found it difficult to get work anymore.

As soon as M’Mah arrived at the Ebola treatment centre, the disease surveillance system alerted the vaccine trial team of this new case. The team sent two local social mobilizers, trained specifically by WHO for this delicate role, to visit the family and to ask if they would agree to participate in a research trial to help develop a vaccine against Ebola.
The Guinea vaccine trial, led by WHO, used a method called ring vaccination. This method, used to eradicate smallpox, aims to vaccinate a “ring” of all the people who had close contact with the p 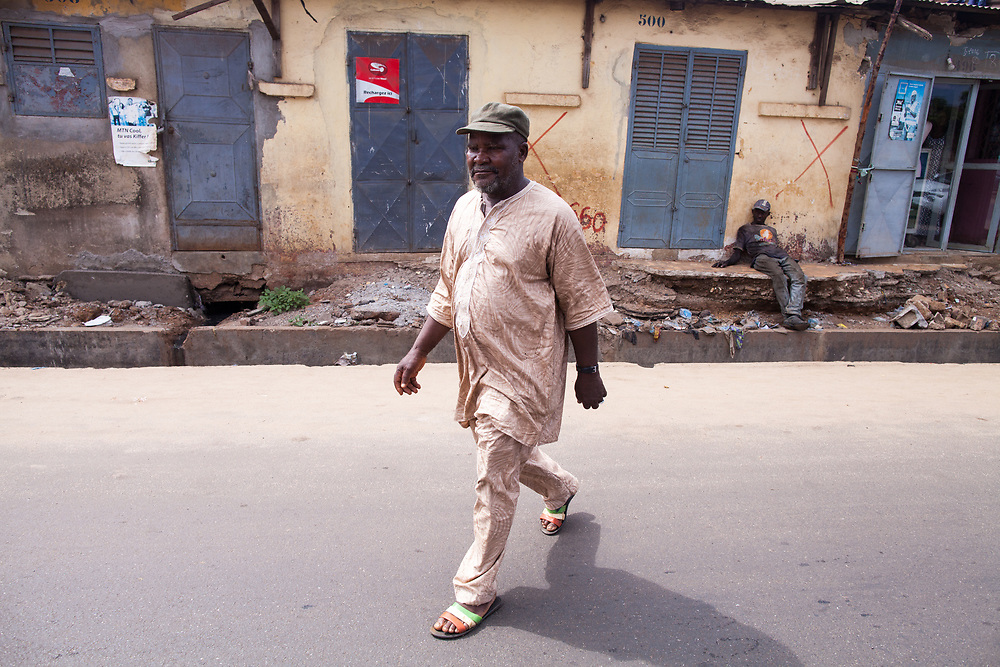