Life amid the ruins of Gaza

Abed Rabu Abu Jowe'a fills a bucket with water to irrigate the flowers he planted in front of his family's transitional house built by Catholic Relief Services in Khan Yunis, Gaza. His house and many others in the area were destroyed by the Israeli military during the 2014 war between the state of Israel and the Hamas government of Gaza. His family of 11 people moved into the new 80-square meter house in April 2015. A taxi driver, he has already added to the house, and says that with proper care it should last at least ten years, twice what CRS expects. Yet Jowe'a isn't hopeful that tensions between Israel and Gaza will diminish anytime soon. 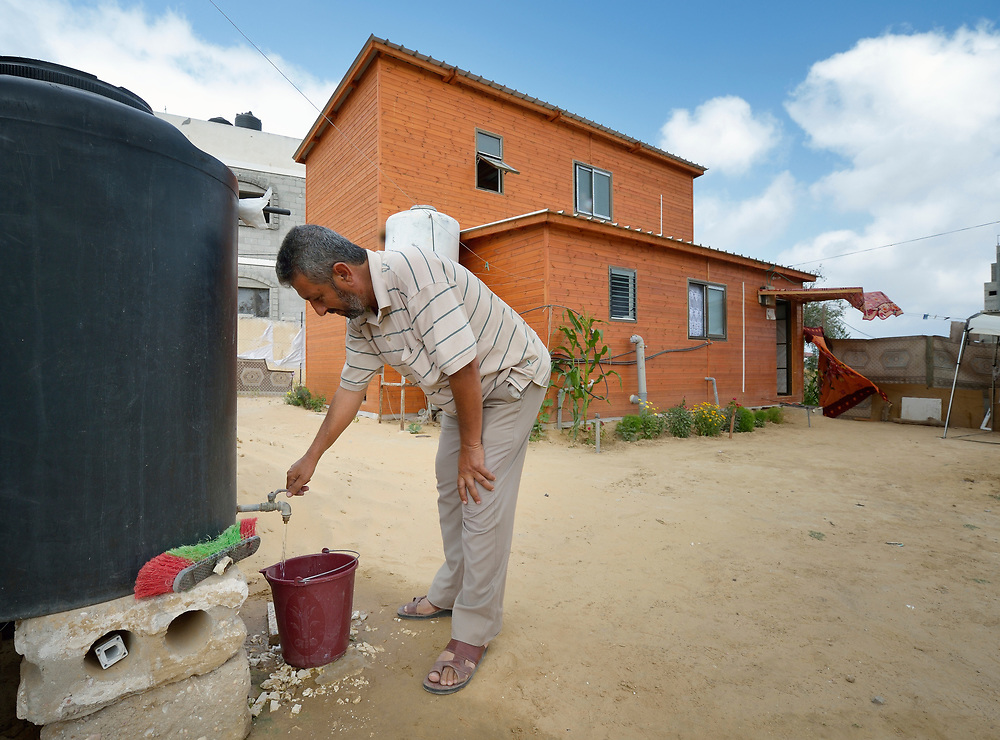