Maria Natividad Granados, a Methodist woman in Nuevo Laredo, Mexico, serves food to Cuban immigrants in that city's Plaza Benito Juarez on March 3, 2017. Hundreds of Cubans are stuck in the border city, caught in limbo by the elimination in January of the infamous “wet foot, dry foot” policy of the United States. They are not allowed to enter the U.S. yet don’t want to return to Cuba. Many of the city’s churches have become temporary shelters for the immigrants, and congregations rotate responsibility for feeding the Cubans, who have slowly been forced to appreciate Mexican cuisine. Such solidarity from ordinary Mexicans is being tested these days, as not only are the Cubans stuck at the border, but the U.S. has stepped up deportations of Mexican nationals, while at the same time detaining many undocumented workers from other nations and simply dumping them on the US-Mexico border. Granados is a member of the El Ebenezer Methodist Church in Nuevo Laredo. 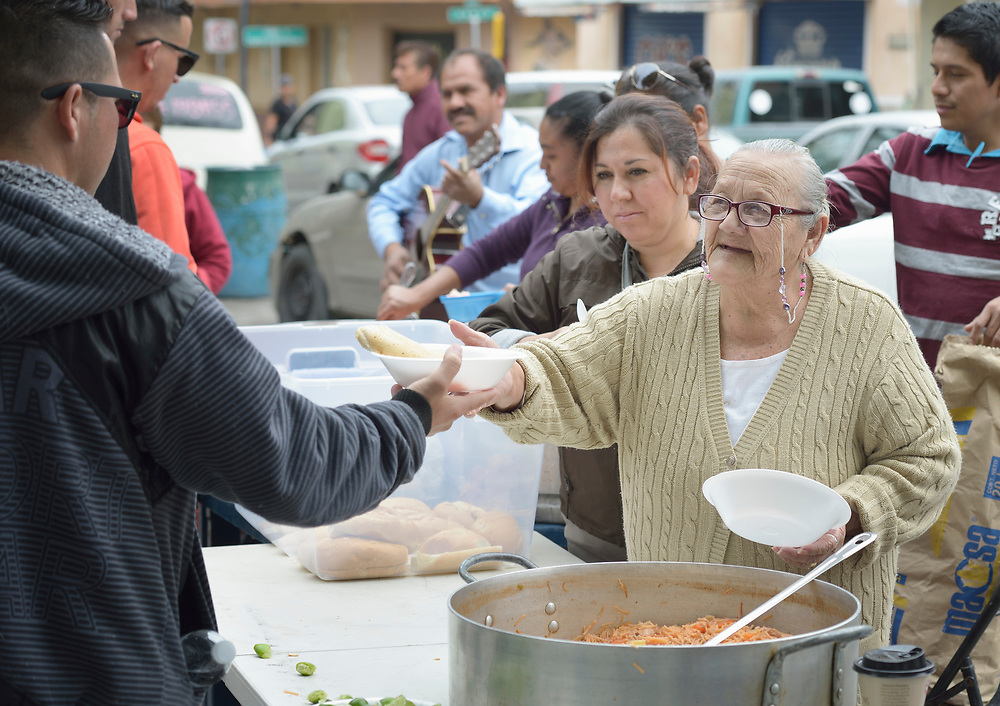