John Thiel, who is blind, was displaced from his home by flooding last year and moved in with relatives in Akobo, South Sudan, after his animals all died from starvation caused by the high waters. In addition to some food he received from a United Nations agency, he received two small cash grants which he used to buy sorghum and medicines for his wife, who has lung disease. He also sent a small amount to his son, who is studying in Juba. A Presbyterian elder, he doesn't work, but his wife gets occasional informal work fetching and selling firewood. He wants to return to his home, so he sends another son to check regularly, but so far the area remains either flooded or too muddy for them to return.

DanChurchAid, a member of the ACT Alliance, is helping families in Akobo with food and livelihood projects aimed at lowering vulnerability and increasing food security at a time when the arrival of many newly displaced families increased competition in the community over scarce food resources. DCA provided the funds for the cash grants, which were administered by Nile Hope, a South Sudanese organization.

Photo by Paul Jeffrey for the ACT Alliance. 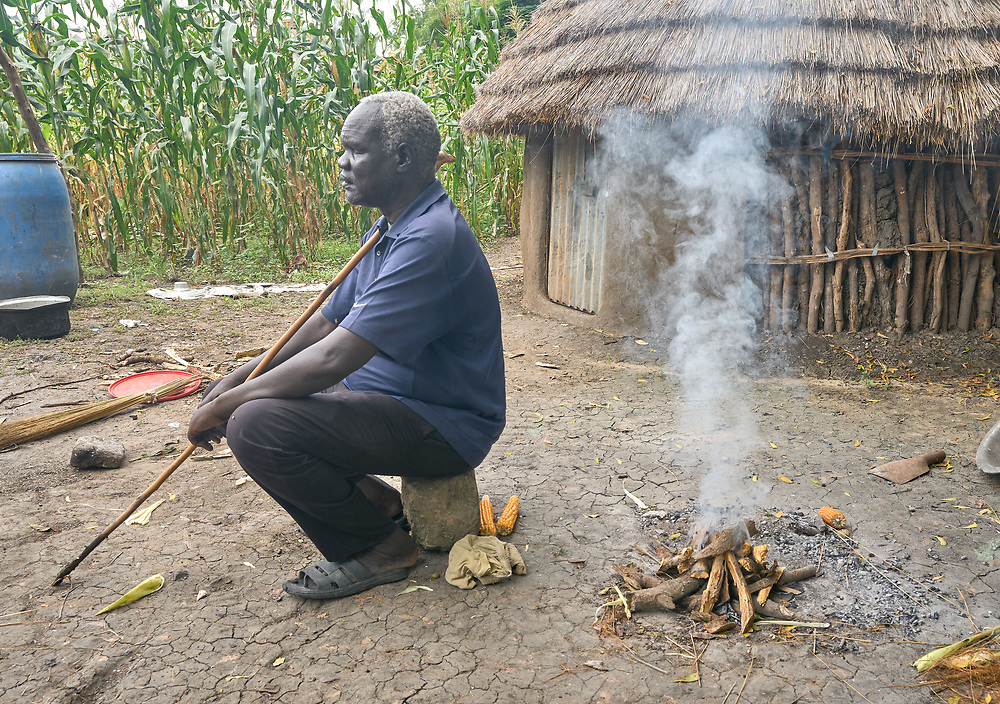