Minori Hisada (left), Hina Sato and Namiko Saze participate with the Rev. Hikari Kokai Chang in a skit in the 2013 Asian American Camp for United Methodist youth in the west of the United States. The camp was held at Camp Sierra in Big Creek, California. The three girls were among six youth who came to the camp from the Fukushima region of Japan, site of the nuclear power plant which has spilled radiation over a large area following a 2011 earthquake and reactor failure. Chang, a regional missionary for United Methodist Women and executive director of the Wesley Foundation in Tokyo, accompanied them on the US visit. 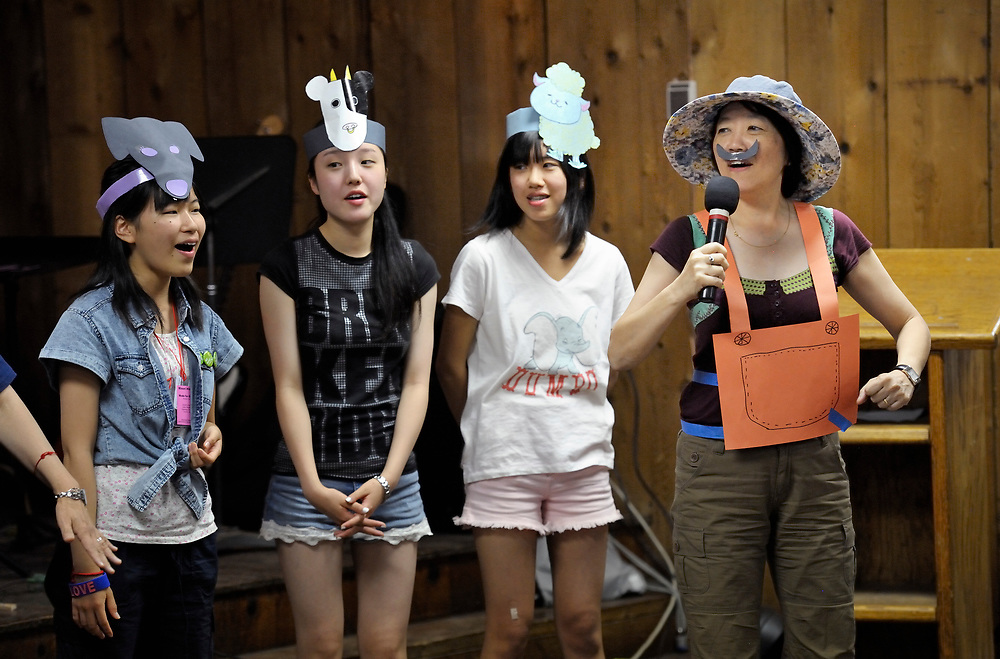