Father Mike Bassano, a Maryknoll priest from the United States, carries the Bible into the makeshift church as he celebrates Catholic mass inside the Protection of Civilians area inside the United Nations base in Malakal, South Sudan.

Some 35,000 people live in the camp, protected by UN peacekeeping troops. They were displaced from Malakal following the outbreak of a civil war in 2013. The armed conflict has a strong element of ethnic tension, and the mostly Shilluk and Nuer residents of the camp fear for their security from the largely Dinka population that has moved into their former town.

Bassano, also a member of Solidarity with South Sudan, an international network of Catholics supporting the new country, lives in the camp. 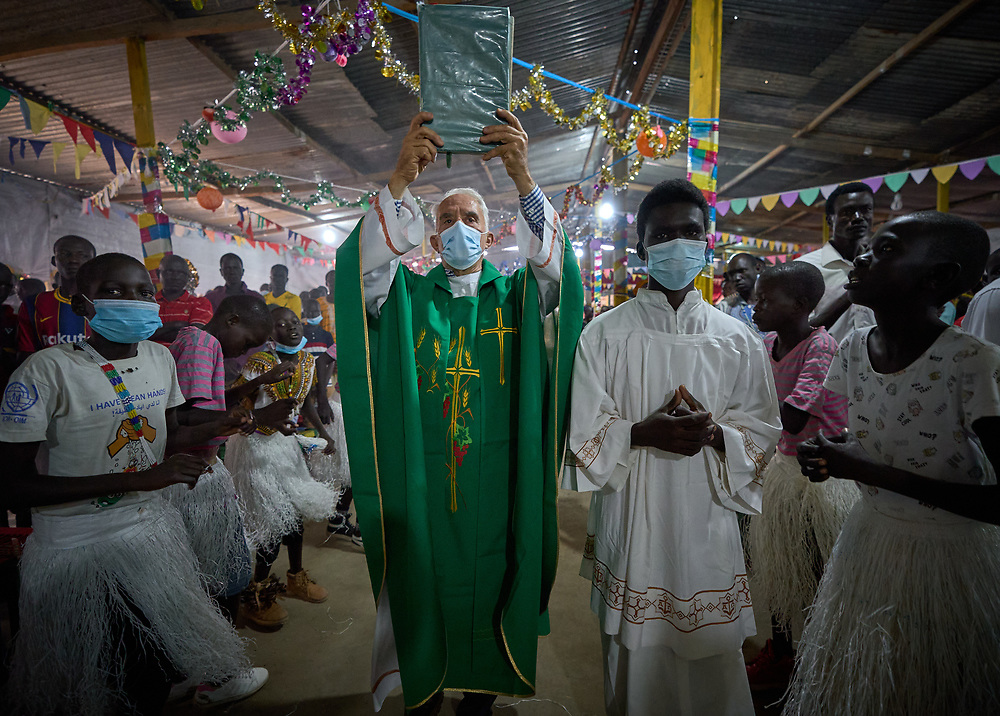