Said Innocent Tologo draws blood from a woman for a rapid HIV test in Nimule, South Sudan, during a mobile clinic run by Caritas of the Diocese of Torit. Reenae Anuor Ondiek, another clinic worker, looks on. The mobile clinic was launched in January 2014 shortly after war broke out within South Sudan, and thousands of families arrived in this area, near the country's border with Uganda, from Bor, in Jonglei State. Yet many have not been warmly welcomed to this region of Eastern Equatoria State, where two earlier waves of displaced people in the 1980s and 1990s left relations tense between the newcomers, who are Dinka, and the largely Ma'adi residents around the city of Nimule. The ACT Alliance is helping the displaced families and the host communities affected by their presence, and is supporting efforts to reconcile the two groups. The ACT Alliance also supports the Caritas mobile clinic, which provides medical care--often under a tree--both to displaced families as well as to poor residents of the host communities. 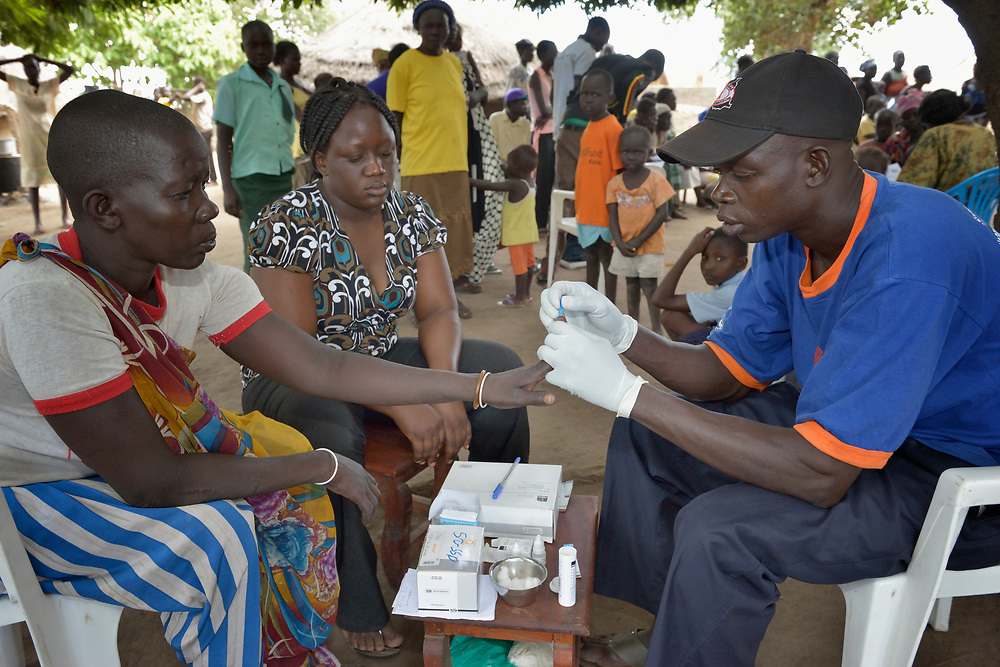