Father Mario Benedetti, a Comboni father from Italy, celebrates Mass in the Makpandu refugee camp in Southern Sudan, 44 km north of Yambio, where more that 4,000 people took refuge in late 2008 when the Lord's Resistance Army attacked their communities inside the Democratic Republic of the Congo. Above the altar are images of Saint Daniel Comboni and Saint Josephine Bakhita. Attacks by the LRA inside Southern Sudan and in the neighboring DRC and Central African Republic have displaced tens of thousands of people, and many worry the attacks will increase as the government in Khartoum uses the LRA to destabilize Southern Sudan, where people are scheduled to vote on independence in January 2011. Father Benedetti and other Catholic pastoral workers have accompanied the people of this camp from the beginning. NOTE: In July 2011 Southern Sudan became the independent country of South Sudan. 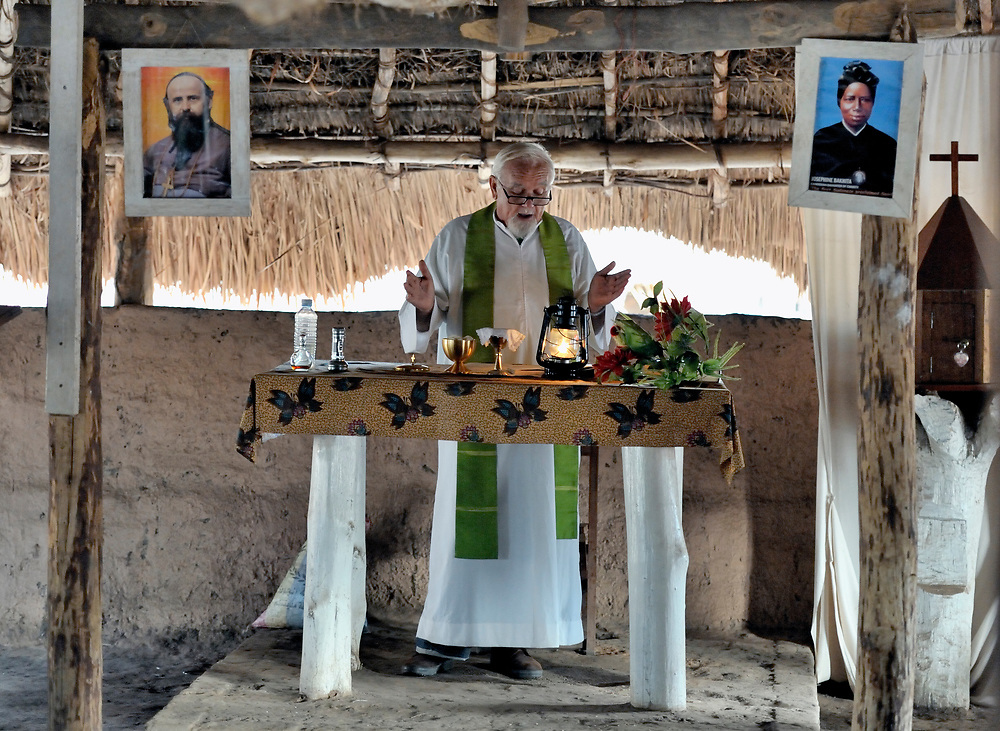