Amna Ali Attan works in her garden in Beit Hanoun, Gaza. Her home and garden were damaged by Israeli rocket fire during the war in 2014, and she took refuge in a United Nations school. When the war ended, International Orthodox Christian Charities, a member of the ACT Alliance, helped her rehabilitate her garden and install new irrigation equipment and buy new seeds and seedlings. She produces tomatoes, onions, eggplant, squash, spinach and other crops, supporting her family of 11 people. 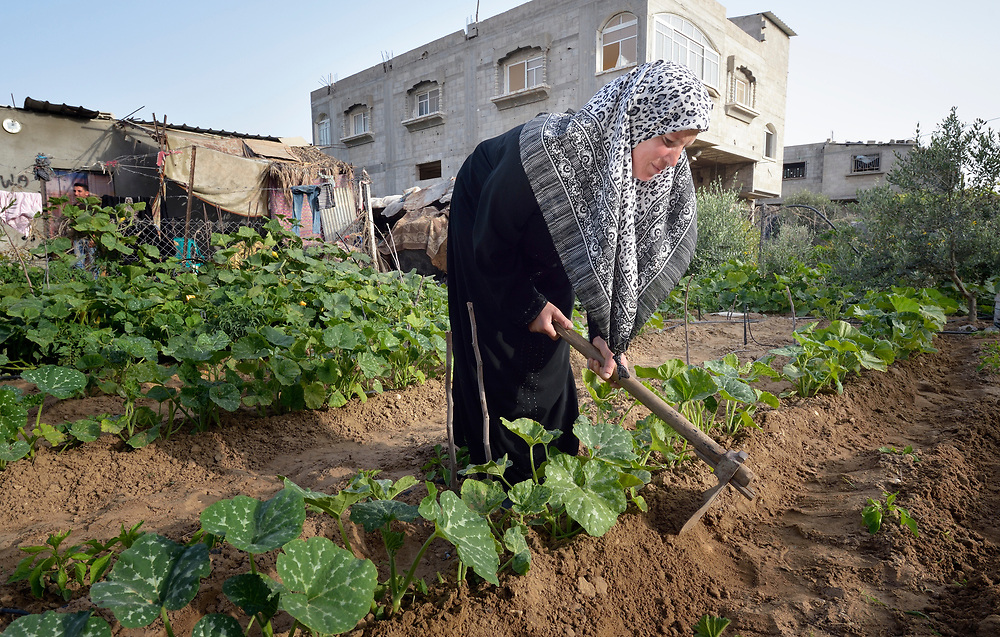