Janti John, 4, wakes up in his family's shelter in a camp for more than 5,000 displaced people in Riimenze, in South Sudan's Gbudwe State, what was formerly Western Equatoria. Families here were displaced at the beginning of 2017, as fighting between government soldiers and rebels escalated.

Two Catholic groups, Caritas Austria and Solidarity with South Sudan, have played key roles in assuring that the displaced families here have food, shelter and water.
The camp formed around the Catholic Church in Riimenze as people fled violence in nearby villages for what they perceived as the safety offered by the church. 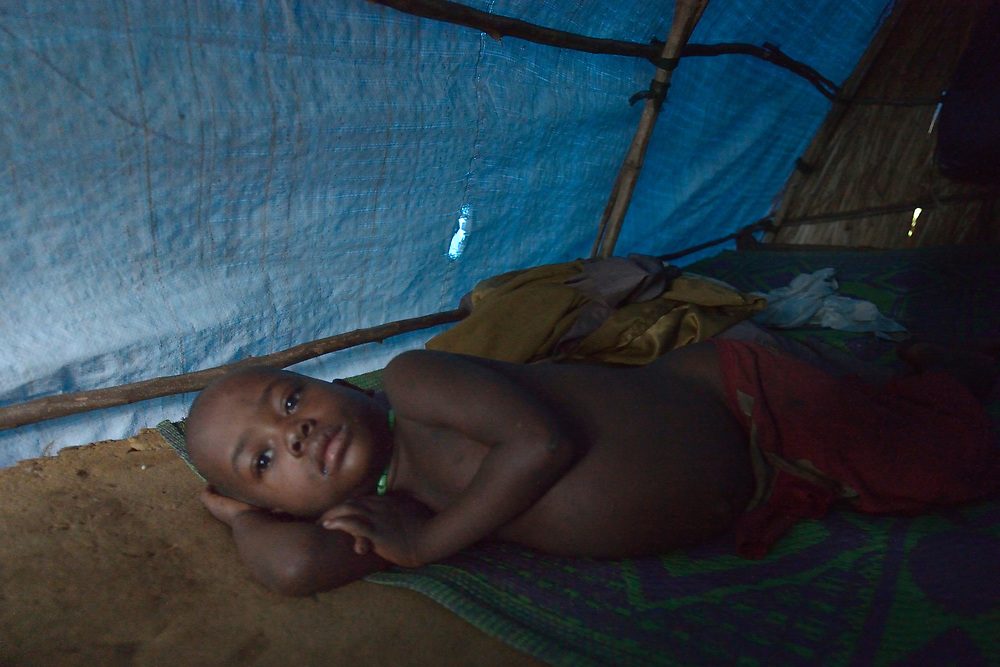