Sister Jane Dwyer, a Sister of Notre Dame de Namur from the United States, hugs a farmer after a meeting in the countryside near Anapu, in Brazil's northern Para State. This area was forest land until recent decades, when the expansion of the agrarian frontier led to the steady destruction of this part of the Amazon's rain forest. Church activists have been at the forefront of defending the Amazon and its people, but they've paid a heavy price. Sister Dorothy Stang, a close collaborator of Dwyer, was assassinated by local ranchers in 2005. 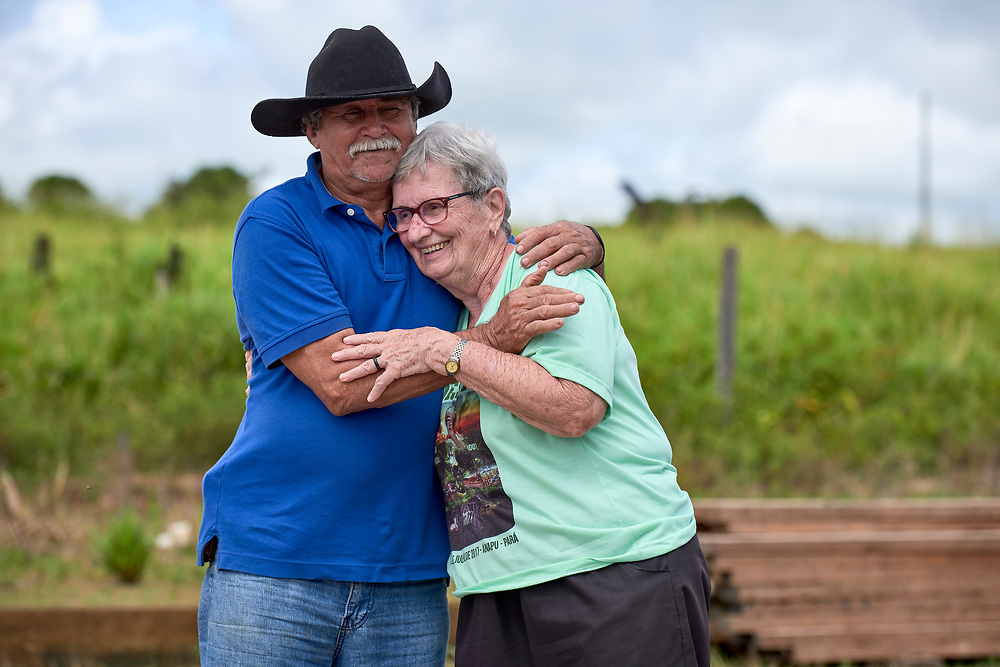